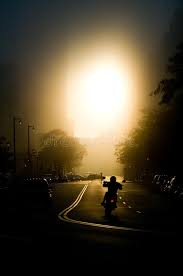 Chuckie  was born in Shenandoah, on March 7, 1955, a son of the late Emily (Snyder) and Charles Oliver, Sr.

He attended Shenandoah and Pottsville area schools.  He worked for the former A&E Products/Tyco Industries in Ringtown until the plant closure, then went on to work at the former Amity Acres Farm in Ringtown.

Chuckie was of the catholic fatih and those who knew him, knew his love of spending time with his great grandchildren, enjoying time with his neighbors and his ability to help anyone within his means.  Chuckie enjoyed shopping and going to yard sales, and not only playing, but winning on the lottery and scratch off tickets.

In addition to his parents, he was preceded in death by two brothers, William and Thomas; his mother in-law and father in-law, Alice and Ralph Rumble; a son, Carl Zehner; a sister in-law, Dianne Mummey; a brother in-law, Ralph Rumble and great niece, Brittany Zelinsky.

Chuckie is survived by his loving wife, Jean (Rumble) Oliver, whom he had shared 36 wonderful years with and by a daughter Kelly Moses, of Ringtown; a granddaughter,  Courtnye Wasser and two great grandchildren, Alyza Beane and Bennett Beane.

Also surviving are brothers Joseph, Francis and John and sisters, Patricia, Katherine, Jean and Mary, along with nieces, nephews and cousins.

A Funeral Service will be held at 11 AM on Saturday, October 19th at the Stauffer-Breznik Funeral Home, 412 West Main Street, Ringtown, with the Rev. Craig Zimmerman, officiating. Relatives and friends are invited to a viewing from 9 AM to 11 AM  prior to the service.